Kennedy Road Physiotherapy, located in central Napier, Hawke’s Bay, is is a HADANZ accredited provider of excellence in the field of sports, manipulative and manual therapy. Physiotherapist Garry Sye owns and operates the clinic, and his team includes physiotherapists Julie Foster and Juliet Rawnsley.

In 1981 Garry graduated from the Otago School of Physiotherapy and since then has been active in continuing his studies, gaining a number of post graduate qualifications including Diploma in Manipulative Therapy, a
Post Graduate Diploma in Sports Medicine and a Masters Degree from Otago University.

These post graduate areas of expertise have qualified Garry for an ‘Endorsed Membership’ of the New Zealand College of Physiotherapy (there are less than 100 full members nationwide).

Garry is also the Hawke’s Bay Physiotherapy Provider for High Performance Sport New Zealand and a member of the ‘Bike NZ’ network and NZ Hockey network. He has been physiotherapist for a number of sports groups at regional and international level, including the All Blacks, Hurricanes and Magpies for rugby, Central Districts Stags for cricket and the New Zealand Masters level teams in Association Football.

In 2017 Garry was joined by Juliet Rawnsley. Juliet brings extensive experience to the Kennedy Road team after spending 10 years operating a physiotherapy practice in Waipawa. Juliet has expertise in all aspects of sporting, occupational and post-surgical rehabilitation.

Julie Foster joined the Kennedy Road team in 2018. Julie brings extensive physiotheraphy experience after working in Auckland and internationally before settling in Hawkes’ Bay in 1998. Julie’s skills in the McKenzie technique, breathing and pain management are an excellent asset to the physio team.

No referral is required to come and see the team at Kennedy Road, and ACC claims can be lodged at your appointment. If your injury is covered by ACC, a $20 surcharge will apply for first appointments, and $15 for any subsequent visits.

If you are not eligible for ACC cover, initial appointments are $60, and subsequent visits are $50. 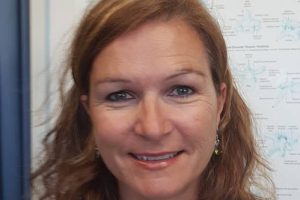 Julie Foster graduated in 1987 and went on to gain extensive experience in hospitals and private practices both in New Zealand and abroad. Julie owned Kingsland Physiotheraphy in Auckland, making a move to Hawkes’ Bay in 1998. She worked for many years for Havelock North Physiotherapy, is married to Mike, and has two sons. Julie has also been a Pink Pilates therapist in Hawkes’ Bay and has extensive experience in post-op/sports and muscular care, with qualifications and skills in McKenzie technique, breathing and pain management. 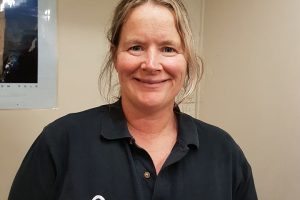 Juliet Rawnsley joined the team in 2017. She graduated in 1995 with a Bachelor of Physiotherapy from Otago University. She has 20 years experience working in a variety of clinical settings (in hospitals and in private practice) in both Auckland and Hawkes’ Bay. Juliet enrolled and completed her Credentialed Certificate with the McKenzie Institute of NZ. She has spent the last 10 years running her own clinic in Waipawa where she treated a wide variety of sports, occupational and post-operative injuries. She enjoys working with all age groups and her own active family keeps her involved with many local sporting groups. 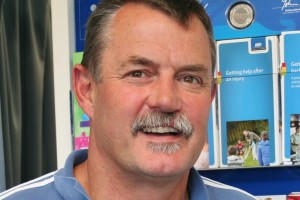 Garry Sye is the physiotherapist who owns this clinic, Garry graduated from Otago University in 1981. He has been very active in continuing studies, gaining a number of post graduate (specialised) qualifications in this time. These include the Diploma in Manipulative Therapy, a Post Graduate Diploma in Sports Medicine and a Masters degree from Otago University. These post graduate areas of expertise have qualified Garry for an ‘Endorsed Membership’ of the New Zealand College of Physiotherapy. There are less than 100 full members nationwide. Garry has been actively involved in a number of sports groups at local, regional and international levels. These have include the ‘All Blacks’, ‘Magpies’ and ‘Hurricanes’ franchises. Garry is also the High Performance Sport NZ provider for Hawkes Bay and has served on the regional committee for Physiotherapy